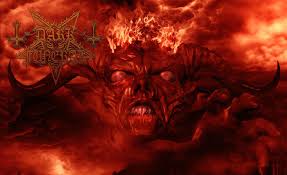 By 10:00AM I was sated with Jenny’s steak and eggs  and ready for some serious beach time across the road from her sidewalk café in Santa Monica…it became a ‘ritual thing’ some six months back when I moved into Marina del Rey a few blocks east to taste the merry and often contrary life of a divorced male, still lying awake at night much too long evaluating those years brought by an insecure and troubled child and young-adult childhood. It was likely even seasoned psychiatrists would feign a ‘too busy’ schedule to ‘work me in’.

A ‘thought’ that tip-toed often into my emotional network, ‘I was loving every damned minute of my new freedom’…well, not every minute, but enough so that the ‘old me’ of my thirty years of living would not give one selfish minute to considering another legal ‘I do’ affair.

So, sated, along with some time-worn good jesting with familiar customers – mostly, over my casual attire (swim suit, jazzy tee-shirt, and white tennis shoes) – plus, some ‘life of the idle’ remarks that were good-natured and jokingly sent, I left the café.

As I crossed the street westward toward the sand and Pacific Ocean, I noticed a group of four kids in their early teens in some sort of lively debate and shoving action. When I stepped onto the sidewalk one of the youngsters accidentally crashed into me. Actually, shoved into me by one of the teens.

I noticed the smaller kid who fell into me was the smaller of the group…it took me only a tick or two to notice the leader of this pack – you know the type: half-closed eyes, twisting his face into what he considered a menacing position, stood in a defiant stance, legs parted, hands rolled into fists, trying for all the world to look mad and mean.

I put my hand on the smaller kid’s shoulder, looked at the ‘defiant one’, and asked: “What’s your name, fellow?”

“What’s it to you? This is none of your business. Butt out.”

I took my own defiant stance. “I should slap the crap out of you, kid, so keep your mouth shut while I talk…”

The big kid started to open his mouth, and I moved forward one step closer to him. He did not speak.

“Okay, guys, what’s going on? Why is this kid being shoved around?”

The big kid started again to talk, and I moved within two feet of him with my eyes wide and glaring. He looked to the ground and did not speak.

Again, I asked, “What’s going on? Why the shoving. It looks like all three of you are against this kid. Why? Give me your names.” My cold stare reached them all.

The two smaller kids gave me their names – Danny and Sol. The shoved kid offered his name as well – Chaney.

“I don’t have to give you my name. You’re not the police…”

“You know that for sure? Give me your name, ‘Big Shot’, or you just might find yourself in a lot of trouble.”

The big kid lowered his head, looked off toward the ocean just as a police siren was heard off in the distance.

He lowered his eyes and spoke: “My name is Oscar, okay?”

“Look, guys, I spent a lot of my childhood around bullies who liked to tell others what to do and get them into a lot of trouble. I’ve got a feeling Oscar here is a bully – he’s bigger, feels that buys him special rights, like, picking on smaller guys and being known as the ‘big wheel’. It’s a matter of time when these ‘bully-guys’ will not be around to torment others…they go on to become criminals and spend years in dark prisons, away from anyone who could or would love them.

“So, look, guys, don’t treat people like you would not like to be treated…here’s the plan: Oscar, you take off, think about what I’ve said here – it’s just as easy, Oscar, to win friends with kindness as with ‘bully behavior’. I just hope you get that sooner than later. Your life will be much better…go on, take off, but don’t bother these guys again. I live here and will be looking out for any troublemakers.”

Oscar turned and walked away, went a short way, then ran full speed southward down the sidewalk.

Each in turn seemed relieved and would eventually head eastward and home.

After the boys left, I stood watching them while they were still in sight, and, for some reason a memory I own from my own teenage life came to me.

[NOTE: one of my fictional novels – Hammer’s Holy Grail – which, like most of my fictional books, contain some factually accurate content…brought to my mind the scene below…

The scene in the book deals with an encounter where my Mom, a cousin, his sister, and I are visiting my Dad in his hotel room to tell him about my sister, age sixteen, eloping with an Army Corporal. Mom and Dad, divorced for some years, with Dad an absentee father we seldom saw for the most part… Suffice it here, but that was a scene I shall never forget. If you want to read more, the book is available on Amazon Kindle and Paperback.]

I did live in Marina del Rey, did have breakfast at a small café in Santa Monica, and the following aforementioned scene did occur – both, really, and in Hammer’s Holy Grail.

Dad’s hotel room was large but there was not enough chair-seating for all of us. My club-footed Cousin sat in a chair, and his sister sat in a matching chair next to him. Mom sat on the big king-sized bed, and I sat on an uncomfortable radiator by a window some ten feet across from my Mom.

Dad finished his phone call, walked around the room, smiling, looking us over. He knew something was amiss.

Dad came to the big dresser and mirror across from the bed and leaned against the top.

Mom was cowed at the pillow-end of the bed, her hands wrapped into each other, her face a pitiful chalky white looking very nervous and scared…she had known a number of times of Dad’s beatings of her and my sister…

Finally, Mom spoke in a soft, terse voice: “Bobbie Jean ran off and married an Army fellow…” Tears came and poured down her face, and her lips tried to form words but could not. She bent her head to her bosom, her hands shaking with terrible stress.

All was quiet in the hotel room for some few seconds.

Dad’s eyes turned into squinted monster eyes. He walked one way, then, another, finally walked to Mom, hovered above her for some seconds, then, with an open hand slapped her so hard on her left cheek, the force of his blow throwing her into the headboard of the bed.

On my uncomfortable radiator grills I was a jumble of nerves, frightened as I had always been in those tense moments when Mom and Sis were beaten, but, not this time. Oh, there was the usual partial paralysis, but also a sudden mix of anger as I looked at my trembling mother on the bed.

As terrified as I was, something moved me, and I dashed with tears streaming from my eyes off the radiator and tackled my Dad onto the lower part of the bed, and swung my fists at him as hard as I could…

For whatever reason, my tackle and my blows had an immediate effect on Dad…surely, they could not have hurt him so very much – although I was then much bigger, playing football, and much stronger than when he beat her years before.

Dad calmed down so quickly that I thought I really might have hurt him…but it was his eyes that told me differently. He looked into my face with a sorrow I cannot describe, like, maybe he had destroyed a part of something most important in his life.

That was the ending of hostility, and I don’t remember when my breathing came back to normalcy, but I was happy that day was over and my Mom was calm again.

We all knew there would be no more rage and spousal abuse.

There were always reasons behind actions taken by someone…I loved my Mom. I loved my Dad. However, there were times when reality could place you smack in the middle of a scary and ugly movie.

Such is life – the Good, the Bad, and the Ugly!

Please preview my books: (Most of them inspired by true crimes in real life – and, preview my Memoirs):

Author: Website: http://brchitwood.com - B R Chitwood - My Mission: Writing to Discover Me

I'm a young man in an old man's body, trying to catch up to myself, trying to find pieces of me I left back in a disconnected youth and the early years of manhood. I'm a stereotype of many in my generation who can play the 'blame game', yell 'foul', and 'let's start over'. But, we are what we are, the sum of all the scary kid-emotions we experienced, the gin mills and piano bars that became our sandboxes of pleasure - lotus eaters of the best (or, worst) kind, the love affairs that did not quite settle us down, the sad poetry and songs written in bars and motels along the way... A Dreamer! A Wanderlust! The world needs such fools as we to write our books, our poetry, our songs, to offset the madness that plagues the soul. I've written fourteen books, over three hundred blog posts, in search of those pieces left somewhere in many parts of the globe. You can preview my books on the next page. There's even a Blog page...all my posts are not showing on this recently created blog page, but, if you want to read more, go to my official blog site and check out the archives: http://www.thefinalcurtain1 Writing for me is therapy for the soul. Website: https://billyraychitwood.com View all posts by Website: http://brchitwood.com - B R Chitwood - My Mission: Writing to Discover Me

12 thoughts on “Somewhere A Lesson”

This site uses Akismet to reduce spam. Learn how your comment data is processed.