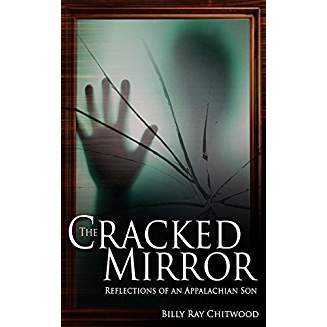 Today, Brandon is a PhD, teaching at a mid-west University. My son, Brandon, ‘A Phud!’ Really!

The older mind, mine, hearkens back to his baby-days when he was playing with his plastic toys in front of a television screen. A commercial would come on interrupting a drama series we might be watching, and Brandon would stop his playing and look at the TV screen…we finally realized it was sound, voice, and color-flash differentials that caught his attention, but he kept his eyes glued to the set until regular programming continued.

Like many parents we were sure that Brandon was a precocious child and were thrilled that he picked up quickly small tidbits of learning.

Late afternoons, when I arrived home from my marketing office, Brandon and I went to the master bedroom. From the bedside table, I took a pack of playing cards and a book – usually, a novel I was reading. I would daily toss playing cards on the bed and ask my son what number he saw. It was ‘fun learning’ for him, and, soon, I would grab the novel and point to a ‘letter’ at the beginning of a chapter – you know, many novel formats are such that the first letter of the new chapter is a larger type than the ensuing text.

So, slowly, through the days, Brandon learned his letters and his numbers. He began to read early and found great enjoyment in the process, proudly giving me a capsule description of what he was reading. It was obviously such a delight to see your child still in the baby range, reading.

Then, there came a separation through no cause of his or mine. I went to Los Angeles for one week on a business trip, and, upon my return there was no wife and no Brandon.

What had escaped my notice through the months was my wife’s lack of interest in doing things, like, I would suggest we drive to the park for the day. She seemed lethargic to a point where she did not wish to go, to do… She just wanted to stay at home.

Her parents knew what I did not know, that the wife had a mental condition, a phobia for being in crowds, a psychological condition that rendered her not attentive and seemingly uncaring. I did not help her situation as I was so professionally busy and time spent at home was usually with Brandon…with only light conversation with his mother, my wife.

So, while in Los Angeles, she left me, returned to Phoenix, AZ where we had lived prior to my transfer to California, and her mother checked her in to the hospital for psychological evaluation and treatment… She left me a letter which I still have to this day, her ‘why and wherefore’ of deserting me. For her, it was her only way, departing without confrontation, without the obvious ‘hurt’ I would feel for her and Brandon leaving…

Long story short, she got better, left the hospital, but we never got back together. My mother lived in Phoenix at the time and cared for Brandon while his mother was in the hospital, and there I would visit Brandon during free space at work in California.

Brandon’s mother died too young and would not live to see his attainment of a PhD. When they moved to Minnesota where her life began, there were years I heard nothing from Brandon, knew little about his life, except helping with a monthly check for child support.

There is an inscrutable, lamentable disassociation we’ve had over the years…we talk only occasionally, when he calls, or, when I call him. It is perhaps a sad situation, but neither of us suffer too much from the absence. Our love is there. It’s somehow ‘parked’ in a place we each never want to meet. My pride at his accomplishment is there, and, somehow, we both know of our love for each other. That has to be enough.

Of my other three children, Scott and Shelley are my pride and joy, and we do communicate on a regular basis. Steven Ray died while in a Las Vegas nursing home.

So, I’ve written much of this in two memoirs, and won’t be writing another. There is some burning wish to make people aware of my personal life when there is no damned reason to do so. I figure it must be further effort to cleanse somehow my soul.

Why did I write this?

Damned if I know!